"(I Fell in Love With) The Majesty of Colors" is a short, choice-based game by Gregory Avery-Weir where you embody an enormous, mysterious creature from beneath the waves. You decide how it reacts and deal with the consequences in a story with multiple endings where one playthrough is under fifteen minutes.

Using a simple mouse- or touch-based interface, you interact with the world of "Majesty" entirely by grabbing and manipulating things with a single long, sinuous tentacle. When you encounter humans, will you be peaceful or aggressive? Can you understand enough of their strange world to help them, or will you ultimately prove too alien and awkward to make a difference?

The original "Majesty of Colors" was a 2008 web game created in Flash and sponsored by Kongregate. It was regarded as an exemplar of that time in the art game movement, winning awards and being featured on college syllabi. However, Gregory Avery-Weir's first well-known game has become increasingly incompatible with modern technology.

With Flash supported by fewer devices and a growing audience for short, artsy works, the pixel-horror world of "Majesty" deserves a remastering for modern devices with the additional polish and enhancements possible with over ten more years of game development experience from Future Proof Games. Gregory and their partner Melissa Avery-Weir have remastered Majesty for mobile and desktop to keep the wonder accessible to everyone.

The Majesty of Colors 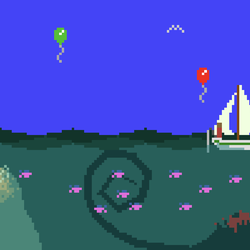 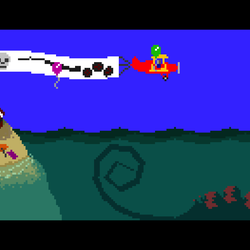 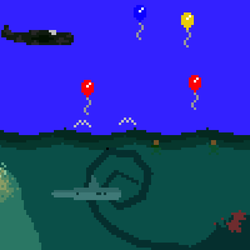 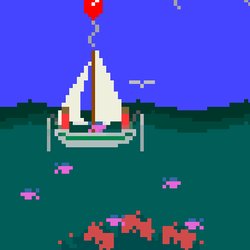 The Majesty of Colors was one of the first ambitious Flash games that I remember checking out, and it's stuck with me throughout the years.

So immediately distinctive and unique.

You could write reams about it, but it's a game where much of the joy is in making those discoveries of what you're meant to be doing.

What makes me so eager to see this come to mobile platforms is in beautiful simplicity. It's a classic flash game that brings about emotion in the player that very few games in that category do, whether it's by the mild narrative or the alien creature's innocence.

Please fill in your e-mail address below to complete a distribute() request and we'll get back to you as soon as a press copy is available for you.

Alternatively, you can always request a press copy by sending us a quick email.

The announcement press release for Majesty is available at futureproofgames.com

Information on the release and the answers to important questions are at futureproofgames.com

The Majesty of Colors Credits