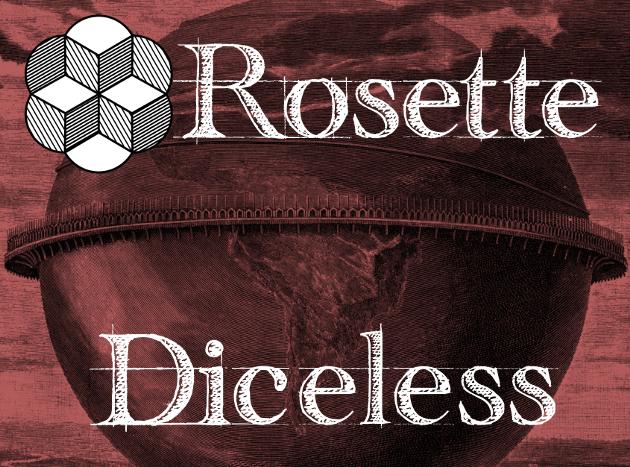 Since the original release of Rosette Diceless, we've fixed a few small issues with the text that should help rules be clearer during play. This 1.0.1 update is part of our work leading up to the imminent release of the Rosette Diceless Companion!

The PDF version of the book has been updated on itch.io and DriveThruRPG. Anyone who's purchased the game can download a new version on the appropriate site. We summarize the big changes at the end of this post, but if you're interested in the specifics, check out the errata PDF on the Rosette website!

We're still working on updating the print and ebook versions of the game. The print version is currently unavailable from DriveThruRPG to accommodate this work.

These changes are accompanied by new character sheets, both in one-page and two-page versions, which now reflect the new approach to Stress and Afflictions.

The changes aren't huge, but the notable ones are:

Afflictions and Stress boxes are now recorded separately. You have as many Affliction slots as you have Stress boxes. Triggered Afflictions stay crossed-out on your sheet, occupying a slot, until the end of the scene.

The Adversary in a Conflict may have up to five Traits. Select Resources for the Adversary, Experts, and Extras, at least enough they have an Edge to use on each planned Attack. You may add Resources to the Adversary in mid-Conflict if they make sense in the story.

You can get Rosette Diceless on itch.io or DriveThruRPG.

Previously: Exploit: Zero Day - Update to 0.53.0 Next: The itch.io Summer Sale is Here!