"(I Fell in Love With) The Majesty of Colors" has been greenlit on Steam!

Thank you so much for your votes, your support, and for spreading the word.

This is big for us, because we means we'll be able to launch "Majesty" on Steam from day 1 in ...

In 2008, Gregory created "(I Fell in Love With) The Majesty of Colors", a game about love, loss, and balloons where you embody a sinuous creature from beneath the ocean who discovers the beauty and hazards of the surface world. 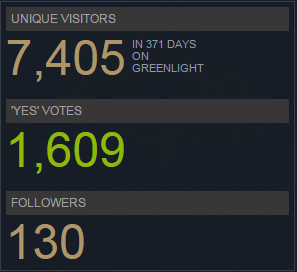 On April 8, we posted a blog entry marking the one-year anniversary of our creepy-funny game Ossuary's journey on the Steam Greenlight service. On April 13, the game was approved, letting us start preparing it for release on Valve's major online ...

Early this week we received the fateful email: our darkly funny satire Ossuary is coming to Steam!

It's been a rough road on Steam Greenlight, but we finally got approved. The process from here on is covered by a non-disclosure agreement, but all that's left is the basics of ... 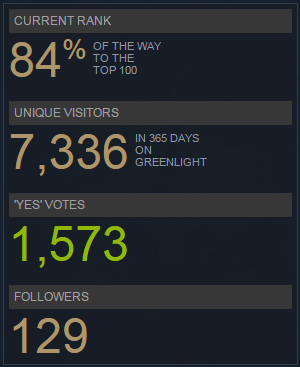 We've put out our first update to Ossuary in a while! This is version 1.7.0, and it's got a single change, requested by Arseny on our Greenlight discussion board:

We’re psyched to announce that Ossuary is now on Steam Greenlight! In the final hours of a dying age, it’s a tiny green glow in a sea of darkness. With your help, it can be kindled into a horrific cleansing fire of lies.

Ossuary has been well received by ...