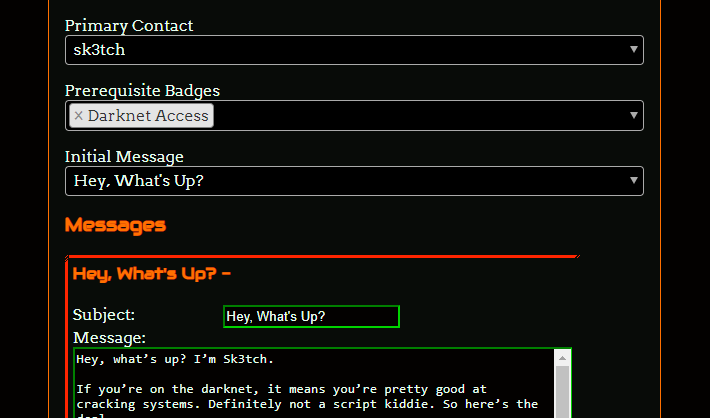 Part of our work to make Exploit: Zero Day easier for us to maintain and update was making a job editor for ourselves. Previously, we'd been creating jobs (the storyline missions for the player) using the Django admin interface, which is very nice but makes it difficult to have a broad view of the data being edited. We had to create each message in the job separately, then hook them up by creating Choices to link them. It was very awkward.

Late last year we decided to finally improve that experience for ourselves. We created an app in the Ember front-end framework that lets us edit everything about a job in one screen. We can visualize the flow of a job much more easily now, we can create jobs more quickly, and we have a tool that someday we may be able to expose to players.

Some takeaways from our experience:

It's awesome to have the job editor created, and we look forward to showing off what we make with it! If you want to know more about our social justice hacktivism puzzle game, head over to https://exploitzeroday.com!