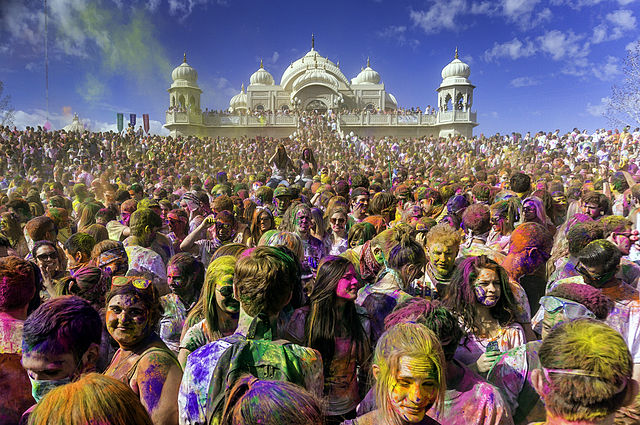 How to Silence Social Justice

I'll start with a few basics. There are two constant patterns among critics of social justice. The first is to paint internet seekers of social justice as ignorant teenagers overreacting to an issue they don't understand. This is the origin of the term "social justice warrior:" it originally described some people, often on Tumblr, who cast a wide net when assertively reacting to perceived injustices. In any group there are the overeager, the clumsy, and the unartful. However, by painting social justice activists as all being immature and undiscerning, critics seek to dismiss any concern as childish enthusiasm; it's a silencing tactic intended to make the audience ignore concerns without evaluating their merits.

Second, there's the confusion, deliberate or not, between concern with an element of a work and condemnation of the entire work. For better or worse, social justice discourse has adopted the word "problematic" to describe a situation or statement that prompts concern; it's like a red flag. The situation or work in question might be otherwise fine, but benefits from scrutiny or awareness. Sexual violence on TV is problematic; it might be done tactfully and for a purpose, but it's usually used to cause excitement and horror at the cost of ignoring the real causes and victims of real sexual violence. The use of Asian and indigenous cultural elements in the Avatar animated series is problematic. Few of the showrunners seem to come from those backgrounds, which could be an indicator of clumsy usage; but the shows turn out to be come of the most culturally positive works ever shown on television.

If I point out that something in a work is problematic, it doesn't mean I'm condemning the whole work. Critics of social justice often react to concerns about a work by pretending that people are saying the work is unredeemable. Again, this reframes the discussion in such a way that the concerns can be ignored. Avatar is a great show; how could you question the way it uses Inuit cultural elements? You're saying it's a terrible show! End of discussion.

Why Is Cultural Appropriation Problematic?

Cultural appropriation occurs when elements of a culture are used absent of mutuality or their original context. Already, this is a fraught statement. Cultures aren't contained units; they have fuzzy edges, mix and mingle, and are fractal in their taxonomy. It's not simple to tell from the outside how much thought went into a certain use of a Jain swastika or Akan kente cloth patterns.

The problems with cultural appropriation are those of stereotyping and erasure. Dressing as "a Mexican" for Halloween is an inherently stereotyping act: it says "this is how a Mexican looks" and, if overenthusiastic roleplaying ensues, "this is how a Mexican acts." By using cultural elements free of their ties with their origins, you're not evoking their origin culture. You're evoking your audience's stereotypes about that culture. Proper grounding and context connects the music or patterns or slang terms with the actual people that use them, encouraging empathy and understanding in your audience.

Erasure happens when you use an element of a culture while denying that culture's stake in it, especially when there's a history of denying people from that culture access to it. Take native American cultural elements popular in fashion: headdresses, bead patterns, buckskin fringe. If a white person wears a "war bonnet," they're not only being disrespectful of the cultural meaning of the article. They're also wearing an item that members of the originating culture were forced to abandon. Native American children in U.S. "Indian schools" were punished for dressing like their family dressed or speaking their own language. Wearing a bracelet you bought from a Navajo artisan for a fair price maintains the role and agency of the origin culture in a way that buying the Navajo Hipster Panty from Urban Outfitters does not. Appropriation is more problematic when it aligns with imperial or oppressive social problems.

But remember: concerns about problematic elements are not condemnations of the work as a whole, and are not universal across similar situations. If an Indian gives me a sari as a gift intending that I wear it, then that lends the act of wearing it cultural context. That doesn't mean that a member of a culture can "sign off on" appropriation and therefore make it okay; it means that the participation of a member of the culture grants the use of those elements mutuality and context. Likewise, going out for Thai food isn't much cause for concern, especially since many Thai restaurants are run by Thai folk choosing to share (a potentially adapted form of) their culture.

Generally speaking, cultural appropriation of historically imperial or socially dominant cultures is less problematic. Because the British Empire deliberately spread itself across the world, often by force, an "English pub" without any actual English people running it might be in poor taste but doesn't dredge up historical suffering or oppression. In the same way, it's not a problem to see a Japanese person in blue jeans, an article of clothing from the U.S., a country that literally conquered and occupied that nation and later encouraged the spread of its culture as part of aggressive capitalism. Check out the concept of punching up, not down in comedy for more details.

One of the reasons cultural appropriation is so on my mind is that I may be complicit in it. I don't mean in the general sense where we're all part of a culture of oppression and we all accidentally commit microaggressions. I mean that we are working on a creative piece that uses elements from a culture that we don't belong to.

Exploit: Zero Day, our browser-based puzzle game about hacking and social justice, uses elements of Hindu religion and Indian culture as motifs. The sketchy corporation in the game is called Samsara Digital, named after the Hindu (et al.) concept of cyclical cosmology. We have characters who use handles named after Hindu devas. Using these elements, especially the religious ones, is problematic.

We've done a few things to try and make our use of these elements respectful. Outside of the game, we know and speak to friends and colleagues from India, both generally to understand their culture and specifically on the elements in Exploit: Zero Day. We're not doing this to gain permission or endorsement. We're doing it to understand how well we're using these cultural elements and to see how people would react to them.

Importantly, we're using the advice of the people we talk to. We've changed the names of two main characters after learning that the names we were using provoked eye-rolling. We added more detail to better explore the diversity of India's cultures. We're going to continue seeking advice as we have more story details to seek advice on.

Within the game, we've made sure to have Indian and Hindu characters who are prominent and realistic. This serves both to strengthen the connection between the cultural elements and the real people from that culture and allows us to use the characters to explore our own use of the motifs. It adds a lot of nuance to be able to have a Tamil person comment on how a Texan actor pronounces the word "samsara."

All of this effort we're taking doesn't keep our use of Indian and Hindu elements from being problematic. Instead, it serves as a way for us to lessen the chance that we will hurt people or show disrespect to that culture. I'm discussing this not as a way to gain "ally points" but as a way to encourage other content creators to interrogate their own works and to encourage people to tell us what they think of our work.

If you have an insight on this issue or want to discuss what I've said above, please share your thoughts in the comments.

Previously: Example Narratives in Exploit: Zero Day Next: One Year in Steam Greenlight