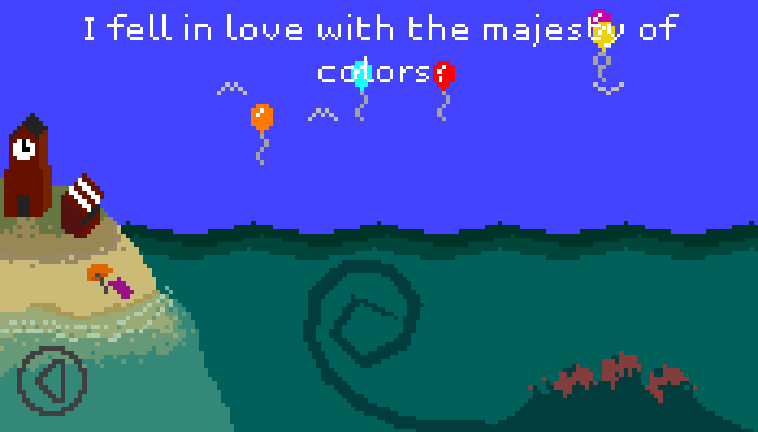 As we finish up our remastering of "(I Fell in Love With) The Majesty of Colors," we've settled on our list of enhancements we're making in this version. Beyond making the game work on modern devices, here are the major changes you'll get when you purchase the new version:

There are some minor changes that aren't listed here, as well as some items that we may add in a later patch. We're looking forward to seeing what people think of the remastering once we release!

The remastered version of "The Majesty of Colors" will be released in mid-2017. For more information, see the website or our presskit.

Previously: Deciding Where to Publish Rosette LARP Next: TeX for Typesetting