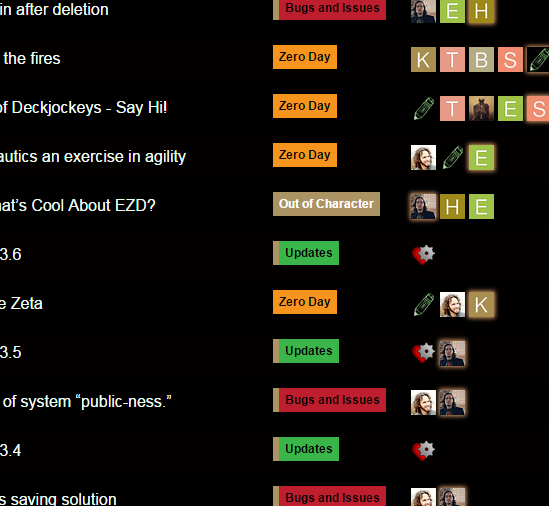 Exploit: Zero Day, our game about solving puzzles and conspiring against the Man, is in closed alpha testing at the moment. We're working on the version code-named Alpha One, which is planned to have all of the core features: puzzle solving and creation, jobs given by NPCs, full mobile support, and the ability for us to sell our episodic content.

In the meantime, the limited number of testers we've let into the alpha so far have been awesome. You can see our forum for all the details, but so far our users have:

We're really happy with how our alpha users are participating; they're showing a level of enthusiasm and comfort that we weren't really expecting. We hoped for a bit of interaction and basic smoke testing, but even though there are only about 10 people posting, we are seeing a little peek into what the game will be like with a full membership.

We were also worried that the roleplaying aspects of the game, balancing "in character" and "out of character," would be tricky for some players to pick up, but our testers so far seem to be adopting that mode of play with very little trouble.

We're planning on letting in another batch of users within the next few weeks and another when Alpha One releases. If you'd like to participate in the forums, you can do so right away. If you want to help us test the actual game, sign up for our newsletter where we send out the keys!

Previously: Status of the Revolution Next: Rosette RPG Playtest Episode 1